Imagine you’re in an 18th century French salon, surrounded by intellectuals and elites discussing and debating ideas that are today known as the legacy of the Enlightenment. Not only the dress and behavior, but the very conversation will be dictated by convention. You may feel intense nervousness and pressure to speak up, worried about speaking with unrefined language or treading on a taboo topic. In the event you do say something, you know your reputation will be determined by the thoughts you share with them, and how you share them. Now imagine that every time you stand up, you say, “Now, I’m going to say some things to you, but just because I’m sharing them with you does NOT mean I endorse them!” Would this assuage your fear for your reputation among the public? Would this have any effect on how your listeners will judge you? Would this protect you from judgement  in the event that you share inaccurate or unpopular information?  If you write “RT ≠ Endorsement” on your Twitter profile, then you might think the answer to at least one of these questions is “yes.” 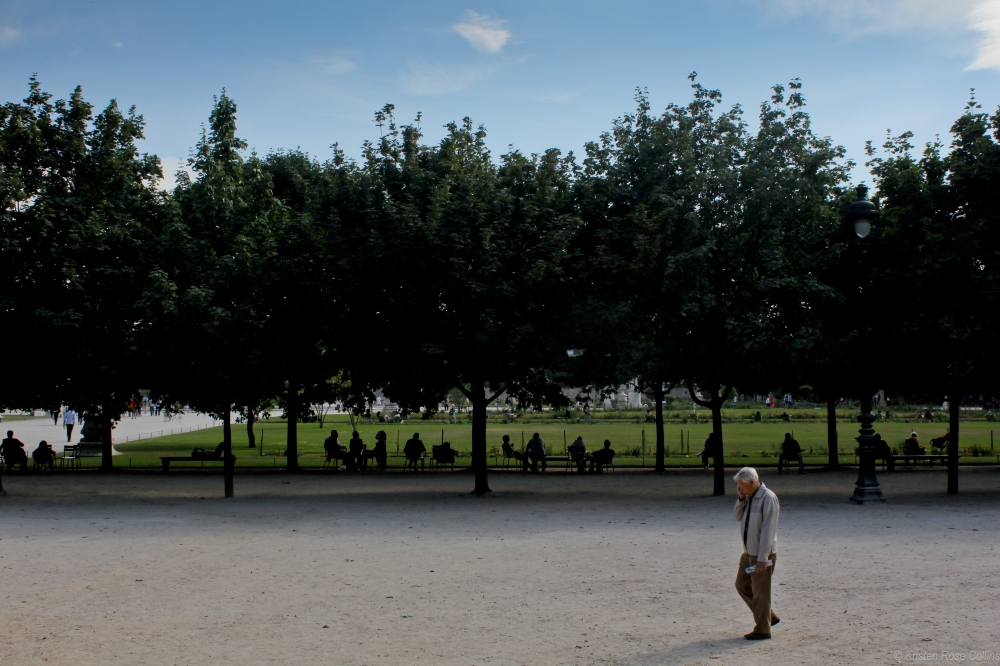 This disclaimer popular among Twitter users, especially famous public figures, groups, and journalists, attempts informal protection against the consequences of disseminating dubious information when sacrificing editorial oversight for immediacy in the fast-paced virtual public sphere. With the click of a button, you can share information with millions of people all over the world, and if you’ve set your profile on public, that click records your tweet with the Library of Congress. According to the Poynter Institute’s Jeff Sonderman, “RT ≠  Endorsement” primarily seeks to address the threat that immediate retweeting poses to journalistic integrity. However, using this as a “catch-all” disclaimer in your profile can actually be dishonest and misleading because it is unlikely that every RT is a neutral RT.  As Sonderman writes, “we do retweet some things — about our favorite sports team winning, or our new niece being born — that we fully endorse. Only sometimes do we want to dispassionately retweet something for informational purposes or for the sake of vetting it further.”

Denying any approval of someone else’s tweet means unnecessarily and dubiously yielding your ability to occasionally approve of another’s tweet. It’s nearly equivalent to writing, “Not all opinions I present are my own.” While it may originate from the issue of journalistic integrity, the disclaimer attempts to resolve an essential existential dilemma; regardless of your self-identity, your readers decide how they perceive you on your external actions and words. However, the best way to control their judgments is by carefully representing yourself.  Clearly expressing whether you agree, disagree, or feel neutrally about your RT, not to mention fact-checking your RT, on a case by case basis would be a much more direct method of controlling how a reader may perceive you and your beliefs.

Although the fear of public judgment can characterize our experiences IRL, the permanency and massiveness of Twitterverse (and the virtual beyond), magnifies the weight of our words, inspiring us to share openly while hoping to protect ourselves from the consequences of any recorded missteps. On Twitter, we often enter a public forum from the private, intimate comfort of our homes; physically, we feel apparently alone, free to express ourselves genuinely and immediately, less than fully conscious of the virtual but very public nature of our tweets. In a neverending stream of information and updates, to stay afloat in the Twittersphere, and, increasingly, media in general, we feel pressure to create content often and consistently, even if it is merely a regurgitation of someone else’s thought. To protect ourselves from being unfavorably judged or criticized in this realm of public opinion, we slap on a disclaimer to our bio and hope that protects us from liability for our own clicks.

In casual conversation, we still take care in representing ourselves, not to mention have additional tools like tone and body language to help color our words. As opposed to written communication, misspeaking can often be more quickly corrected, forgiven, and, crucially, forgotten. Once you put something in writing, however, on Twitter, in a blog post, or in a philosophical tome, your reputation risks much more permanent harm, whether or not you include a disclaimer. As a recent, much-tweeted New York Times article by Nick Bilton noted, “social media seems like it was designed to help perpetuate conflict, not help people avoid it.” In some countries, your RT can even have dire political consequences. This past June, President Vladimir Putin and the Russian parliament passed amendments punishing “online incitement to religious hatred and ‘extremism.’” If deemed “hateful” or “extremist,” by authorities, a Facebook like, a repost, or a retweet can send the sharer to jail, and posting “RT ≠  Endorsement” won’t do much to prevent it.

Although Twitter emphasizes an unprecedented immediacy and exposure, that sharing our ideas puts our social reputations at risk is nothing new. The struggle between our anxiety over how others perceive us and our values and our desire to connect with others not only underlies today’s “RT ≠ Endorsement” but was also an essential theme of Jean-Jacques Rousseau’s political philosophy and life in 18th Century Europe. Jean-Jacques Rousseau’s persecution and exile illustrated a core concept of his philosophy – our social interdependence and interactions are at odds with our genuine expressions of individuality.

Rousseau’s unfinished autobiographical work Reveries of the Solitary Walker illustrates the same anxiety tweeters reveal in pasting “RT ≠ Endorsement” onto their virtual foreheads. Citing his career-long suffering from the judgments of others, Rousseau proclaims that Reveries is a project merely for himself, writing “Let me give myself up entirely to the sweetness of conversing with my soul, since that is the only thing men cannot take away from me” (5). However, while he characterizes the work as an account of his memories of walks to relish as he ages, he also appears aware that it would be read by others and consciously writes to establish his sincerity. Throughout much of Reveries, Rousseau laments the suffering caused by social experience. He confesses that only invisibility could bring him pleasure from being among others:

…Association with [men] could please me as long as I were a complete stranger to them (81-82).

By writing Reveries in an innovative autobiographical style, Rousseau emulates the independent earnestness that he complains is threatened by social expectations and judgments.

Sharing ideas had very grave political consequences for Rousseau, as it still can for today’s writers and tweeters. In Reveries, Rousseau addresses how society rejected him for the controversial ideas he acknowledged in his work Emile. To teach about religion, Emile’s tutor, who represents Rousseau (the“author surrogate”), recounts a speech from a fictional priest who was excommunicated for breaking his vow of celibacy – the Savoyard Vicar. Written as a nearly standalone section and recounted in the first person voice of the priest, the “Profession of Faith of the Savoyard Vicar,” was an 18th century literary equivalent of a RT. In discussing dangerous critiques of popular values, Rousseau’s attempt to distance himself from these concepts in order to publish them in the first place was reasonably well-done, but, nevertheless, as futile as the modern tweeter’s disclaimer. While important and controversial topics can and should be discussed without endorsement, ultimately the judgement of the writer, or tweeter, rests in the hands of the public.

Like other writers before and after him, Rousseau’s public writing on religion severely damaged his social reputation. Just as the Savoyard Vicar laments that Catholicism, by “decid[ing] everything and permit[ting] no doubts,” necessitated that he reject the entire religion once he had doubted just one component of the faith, social authorities initially rejected Emile primarily due to this brief speech. Shortly after publishing, “Emile was burned at Paris and at Geneva” and “condemned by the faculty of theology in 1762.”

The consequences of sharing these controversial ideas escalated the social suffering that led to Rousseau’s Reveries. He opens Reveries by referencing how the 1762 condemnation of Emile and warrant for his arrest forced him to flee to Switzerland. (Reveries, First Walk, footnote 1, page 8). Yet, he remained optimistic, professing later in the work that he hoped the ideas he discussed in Emile would eventually positively influence humanity, calling it “a work vilely prostituted and profaned among the present generation but which may one day make a revolution among men, if good sense and good faith are ever reborn among them” (34). Rousseau’s hope appeared nearly prophetic. Years later, the book influenced the new national education system created during the French Revolution.

We share information for all different reasons, online and off, including to show our approval. So when exactly does sharing something mean that we endorse it? Whether it’s in a conversation with friends, on Twitter, or on this blog, I discuss a lot of ideas that I don’t necessarily “endorse” or agree with. By sharing my thoughts on something, like the relationship between the skepticism of climate change deniers and the methodological foundation of the science that they don’t believe, I’m hoping for feedback from others, to start a discussion that will improve my understanding of that topic. When we share we’re not necessarily lecturing, but, hopefully, we’re learning. And sometimes the ideas, problems, and events that we need to learn the most about are complicated and controversial, and contributions from all different people with all different backgrounds are necessary to comprehend them. It is only natural, and socially beneficial, to acknowledge, discuss, and, therefore, seek knowledge, about ideas we find interesting, but don’t endorse.

It is important to take seriously that  “retweeting” might attach you to an idea with a single motion and that social pressure and the near permanency of the written word, online or off, means we should wield pens, or click keys, carefully. However, it is equally as important to promote nuanced social tolerance and openness to prevent prolific unfair and unnecessary punishment. Working towards tolerance of competing ideas and, yes, mistakes, would better create a safe environment for our open, and recorded, dialogues. A one sentence disclaimer at the top of the page isn’t going to prevent readers from associating your RTs with the ideas you share or burning your books or from spending five years in a Russian jail. If we’re going to participate in quick and prolific chatter online, maybe we can have the caution to recognize that just because someone shares an idea doesn’t mean they endorse that idea. And even if they do, let’s be strong enough to admit that “endorsement” isn’t always a bad thing.